Sit at the Table 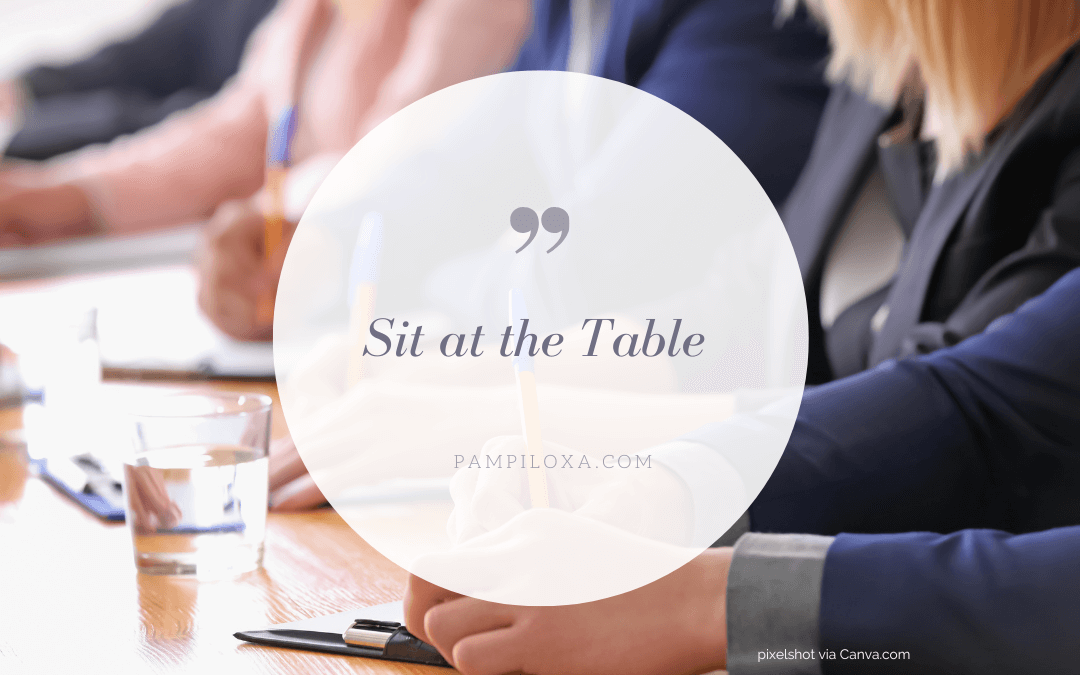 In my very first Steering meeting, I seated myself in the second row at the wall.

Steerings were a big thing in the 5-year transformation of the European subsidiaries, introducing a new SAP system and harmonized processes to 17 local entities. The meeting itself was a two-day affair, with the bigger part of the European Board traveling to meet the local Board of Directors and central program leaders who would walk them through every aspect of the project, from migration and custom developments to change management and communication.

It was funny to watch the local Executives get nervous with the advent of their highest bosses. And it was even funnier to see their astonishment when they observed the ease with which the project team members were talking to the Board members, and how Senior Executives were asking the opinion of subject matter experts with no official hierarchical function, simply because they had come to trust their expertise.

I wasn’t one of those project members yet. I had been on the project for several years, but the Rollout in Spain was my first as the lead change agent, bringing me in direct contact with every aspect of the project as well as the local and central leadership.

But back to my sitting at the wall. My team manager, our Director, and the local Change Director were all present. Knowing that half the Board, the local management team, the Rollout Director and manager would attend, I was one of the most junior in rank. So I thought I should leave the table to them.

„You should sit at the table“, Nimesh said by way of entering. He was my Director‘s boss, and apart from the CEO, I was ultimately reporting to him. „But I thought…” Before I could go on, he interrupted me kindly. „You are the Change Agent for this project, right?“
I nodded. „And you are going to be here for the whole meeting.“ “Yes…?” I wasn’t so sure about that at the time, and nervously looked around at the Rollout Director. She nodded, and Nimesh concluded „Then you should sit at the table.“

I moved my stuff, and marveled at what had just happened, but found that once I was there, I rather naturally fell into my role. The room was filling up quickly, and the meeting started within minutes.

It was the first powerful lesson of the day.

For one, that I could have simply taken a seat at the table, and no-one would have thought anything of it. More importantly, that when you claim your space by visibly moving to the position you already hold – because, let’s face it, I w a s the Change Agent on the ground, and I d i d know all about how the project went and where the struggles were. It was just a matter of me owning that position. By doing something as simple as taking a seat at the table.

What is your small move that you can take today to show that you are claiming your space?

ps: I ended up facilitating that very same meeting. But that’s a story for another time. Let’s just say that day was transformational.